On August 12, local fashion cMeet Denver’s nightlife scene in INHERENT’s latest fashion show. Held at SKYLIGHT in the heart of Santa Fe’s Arts District, the menswear brand collaborated with fast-growing social club, Not From Here (NFH) to put on the event. Not from here, property of Evan Carp, is for Denver residents looking for unique social gatherings big and small. By collaborating with brands and organizations in the region, NFH organizes events for those who want to experience nightlife in a new way.

The show started abruptly at 9 p.m. with the looks of the first designer, Kozy. Her looks include statement pieces, like a denim jacket with the words “Disconnect to Connect” sewn into the back with a power cord, and a midi skirt adorned with green vines. The highlight of the collection and most memorable outfit can be described as an “alien superstar,” who sported an all-green ensemble with daisies and fishnets to tie the look together. 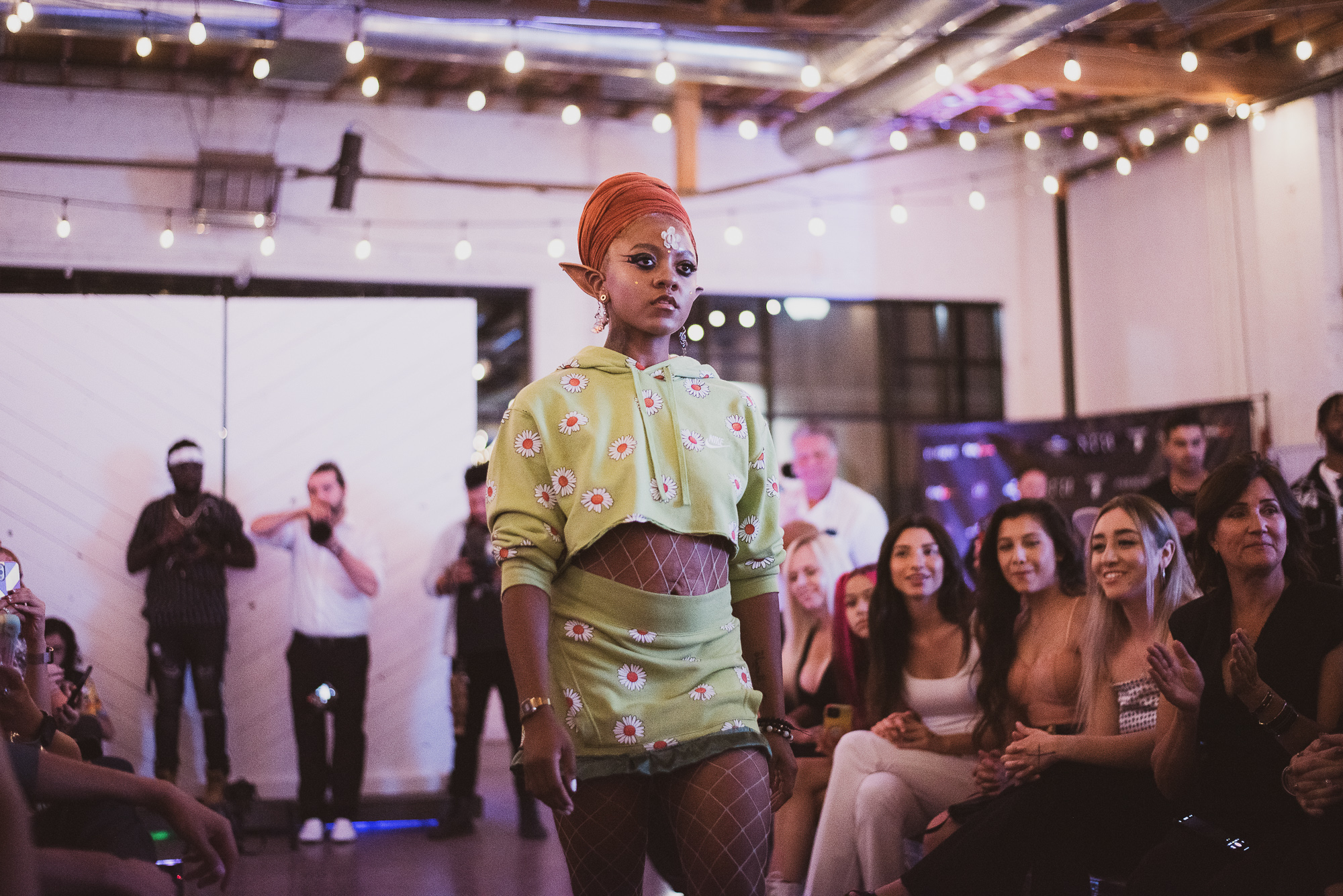 Adobe Darkocreated by Chaim Slime, is known for its familiar impressions of branded items, but with its own recreation. Changing words, patterns, or sizes are just a few of the ways Adobe Darko puts its own spin on popular logos. Given his style, his work is incredibly recognizable. 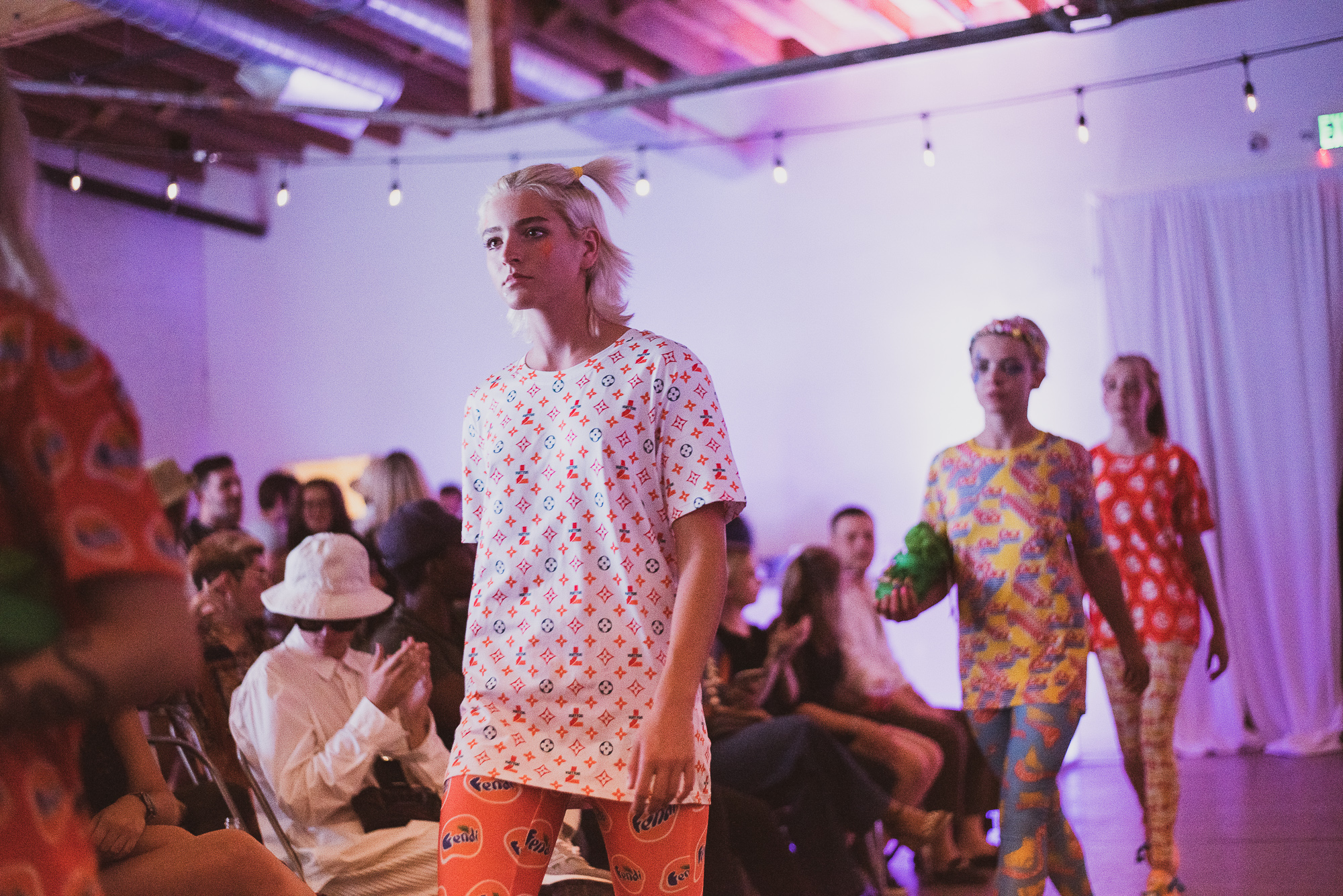 After Adobe Darko, it was my generationwith a collection made up of two swimsuits from the new line, Swimming of my generation. Owner Ashleigh Perri uses its original prints on all types of clothing, such as hoodies and t-shirts, so customers can customize their pieces however they want. For this show, the style of each t-shirt varied, with some paired with skirts and boots and others with cargo pants and fluffy slippers. The possibilities are endless with Perri’s designs. 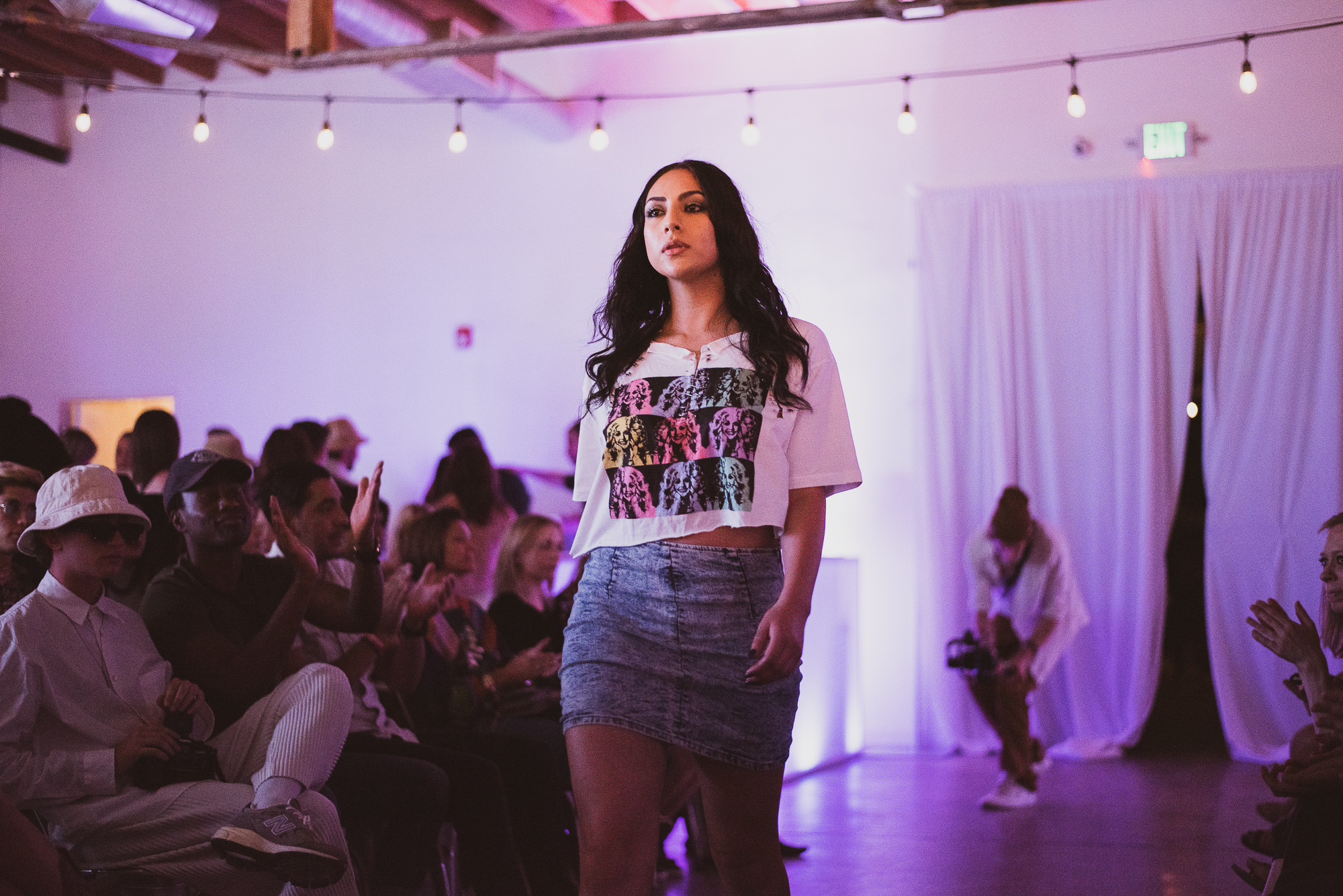 The fourth designer, launching his collection for the first time, was Jake Perez. His style, as he describes it, is “all about high fashion” and his goal as a designer is to bring those types of looks to the Denver fashion scene.

“Colorado, they don’t have the kind of high fashion like New York or Los Angeles does,” Perez said. “I want to bring her here.”

Many of her designs incorporate her own take on luxury brands, such as Versace, and are embellished with gold accessories. Perez and her work made a powerful statement in cementing her mark on the Denver fashion scene. 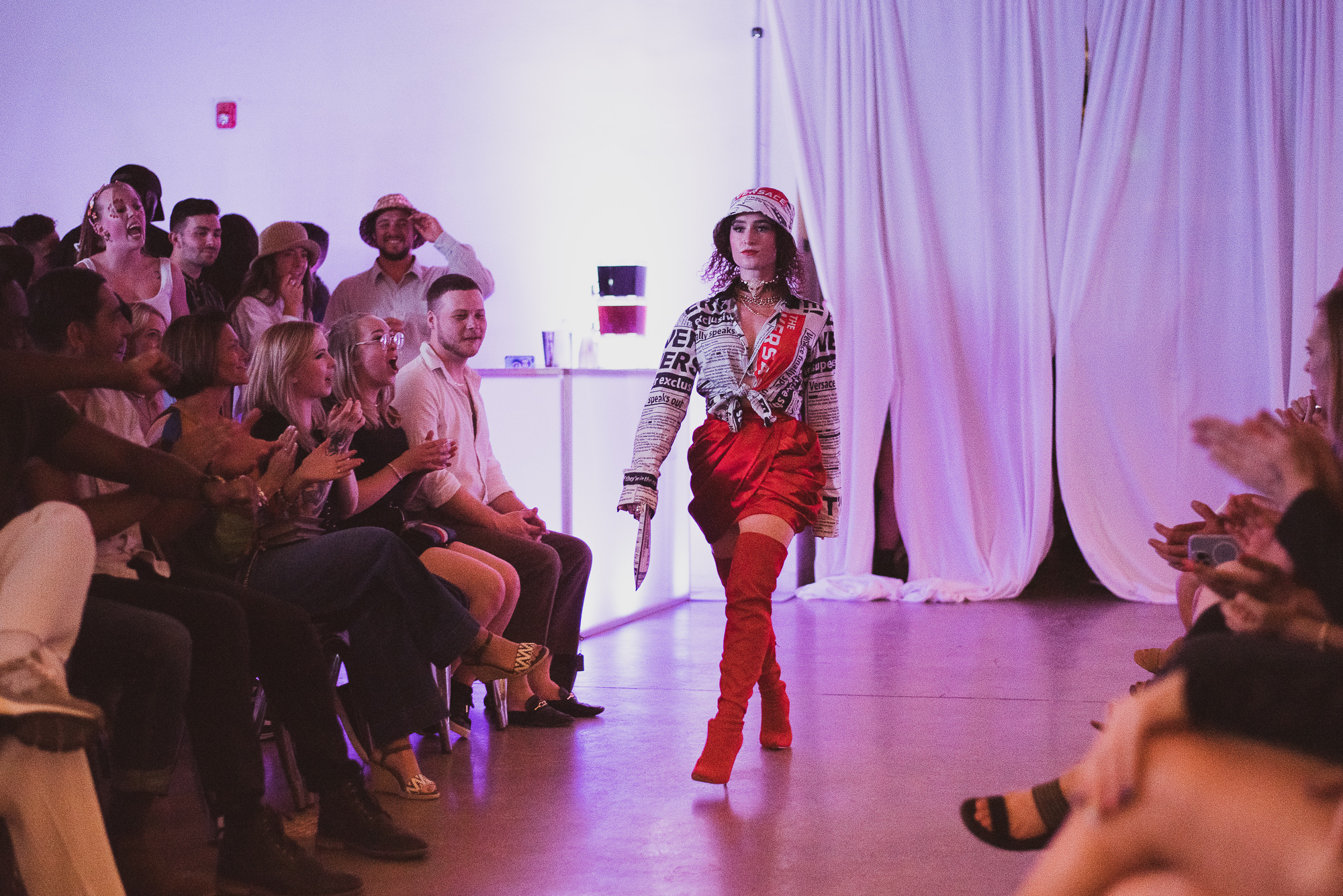 The final designer was none other than the headliner himself, Taylor Draper of INHERENT. His looks for this show stayed true to his timeless and elegant styles in menswear. Draper’s goal as a designer is to challenge the stigma of what it means to be a man, emotionally and physically in our society. Using fashion as an outlet, the INHERENT brand constantly makes its models and clients look sleek and stylish to empower them in their everyday lives.

The parade itself had a laid back energy as the public sat in rows or watched from the VIP sections, standing areas or in line for a drink at the bar. There was excitement across the room as the models strutted down the runway. 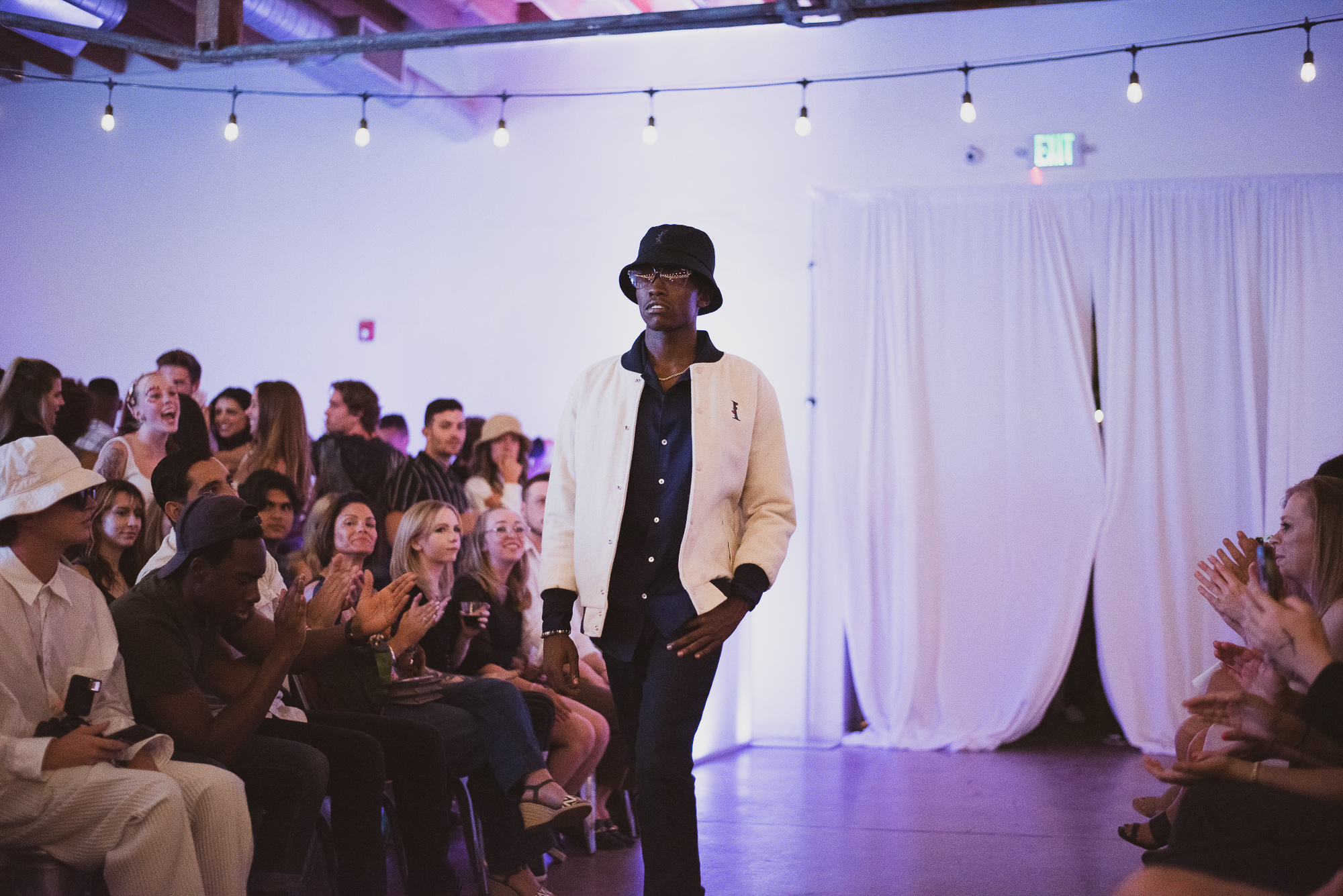 Local designer Christina Anderson handled behind-the-scenes as well as front-of-house responsibilities for the show. Those involved in the event could testify that his efforts were crucial to the success of the parade.

Anderson “helped manage everything fashion related while seamlessly assisting in any area that needed help, even outside of fashion. Christina is organized, efficient, and a pleasure to work with.” working with her – a real contributor,” said Carp.

Kyle Hamilton and Katie Narum and Kaylee Kinman of Duality Studio Works brought the looks to life with hair and makeup. Following each designer’s vision, they used bold eye designs and playful hairstyles to transform each collection.

“The Not From Here show was lit, from the makeup, to the designers, to the team that put together the whole event,” Hamilton said. “I’m thrilled to be back to work with this company of creatives.”

With the help of these creatives from the Denver fashion scene and Party Guru Productions, the Not From Here launch event combined fashion with a social gathering and brought high-energy entertainment to SKYLIGHT. 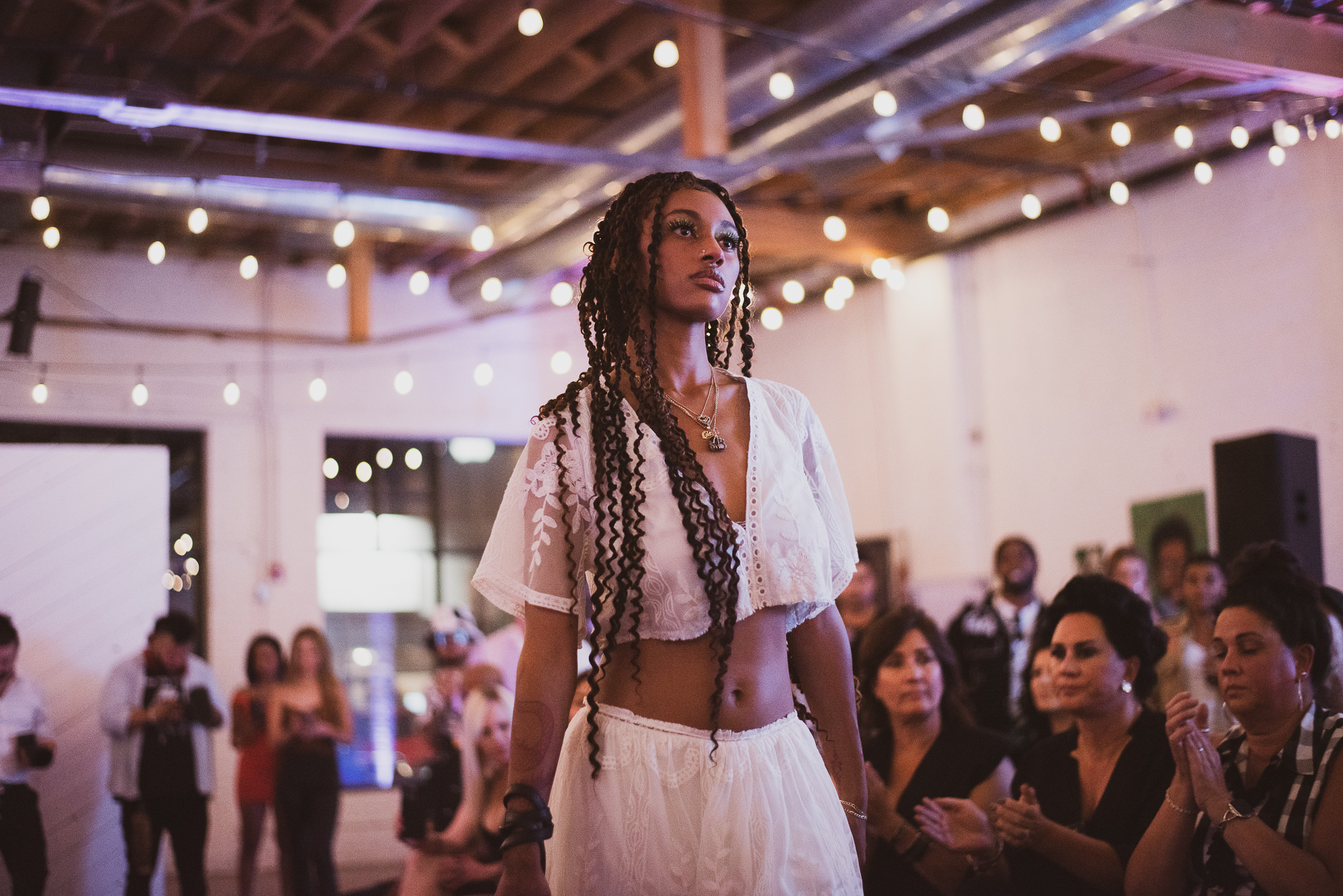 The track ended quickly when the chairs were removed and the venue transformed into a full, club-like social gathering. Models and designers joined the crowd as the music got louder and people flocked in for the rest of the night.

This collaborative track was unlike any other in the way it fused fashion and nightlife to deliver an unforgettable social experience in Denver. Several designers who participated in the event will parade again during Denver Fashion Week, starting November 12.

All photographs by Roxanna Carrasco.