Hilary Duff prepares for her close-up with the help of her one-year-old daughter, Mae James.

The 35-year-old allowed her daughter to apply ice blue makeup to her face.

As Hilary discussed the new TV series Pieces Of Her with husband Matthew Koma, to whom she recently celebrated three years of marriage, Mae James scribbled on her lips. 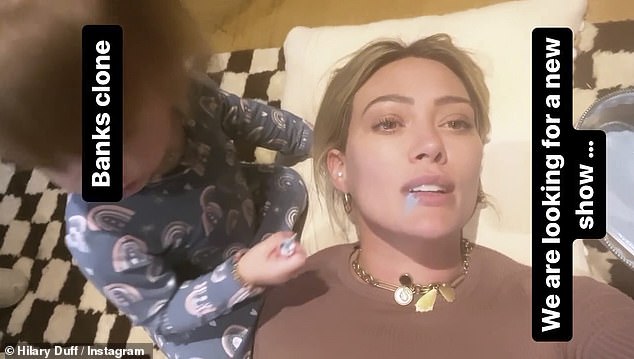 ‘Banks clone’: Hilary Duff called her daughter Mae James a ‘Banks clone’ as she went to bed for a makeover for the one-year-old

She said how much she enjoyed Toni Collette playing while her daughter gave her a bit of a fang.

“It’s like an icy vampire,” the How I Met Your Father star said.

She shared another clip where she puckered her lips and gave a sultry look with her light blue face. 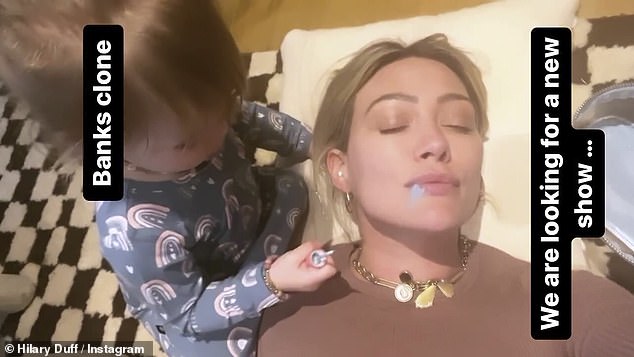 Lying down: The 35-year-old shared a clip where she lay down in a light brown jumper while her little one drew on her face with icy blue makeup 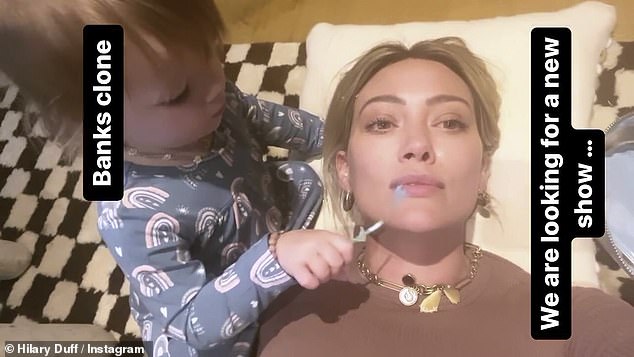 Scribble: While discussing the new TV series Pieces of Her with an off-screen man, Mae James scribbled on her lips. 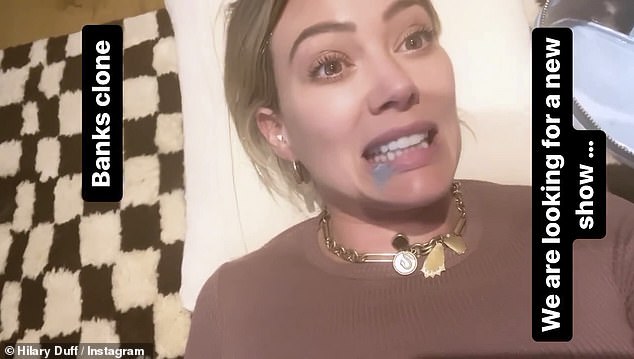 ‘Icy vampire’: ‘It’s like an icy vampire,’ the How I Met Your Father star says 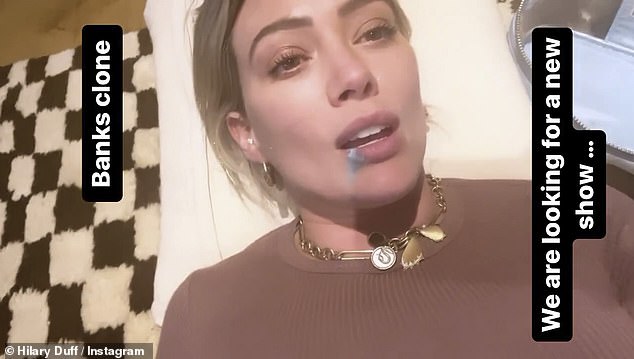 Lettering: She wrote at the top of the clip in big white letters “Clone of Banks” followed by “We are looking for a new show…”

Banks is the middle child of Hilary Duff, who turned four this year. She shares Banks and Mae James with singer-songwriter Matthew Koma.

She posted a series of throwback photos with a heartfelt caption to her singer-songwriter husband, also 35.

In December 2019, the couple tied the knot in an intimate wedding ceremony held in the backyard of their Los Angeles home after a seven-month engagement. 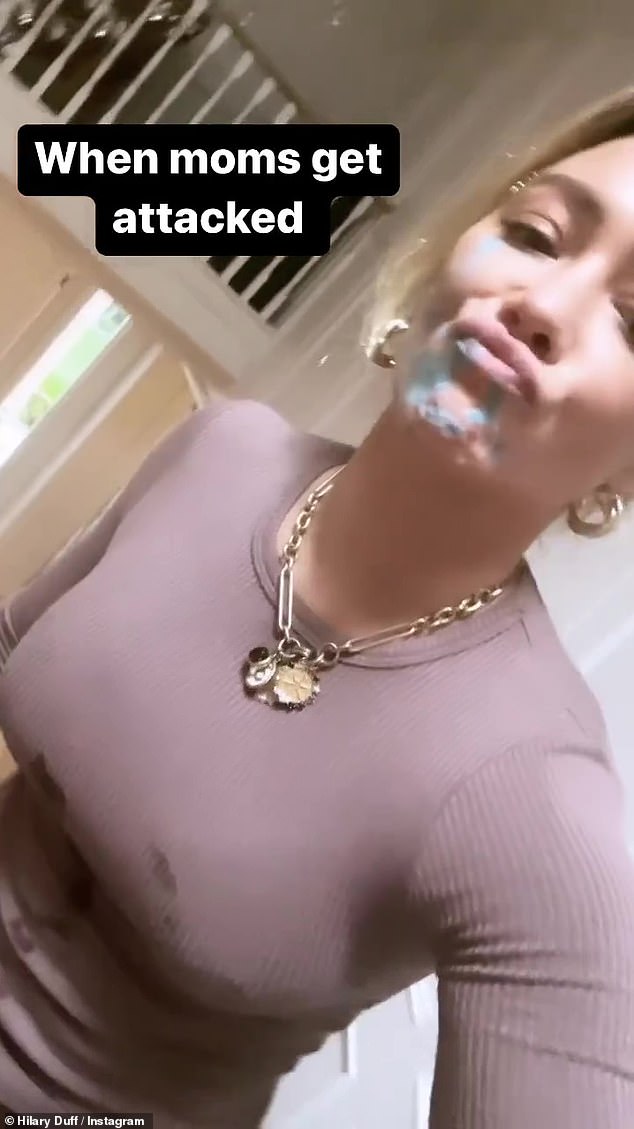 ‘Attacked’: She shared another clip where she puckered her lips and gave a sultry look with her light blue face 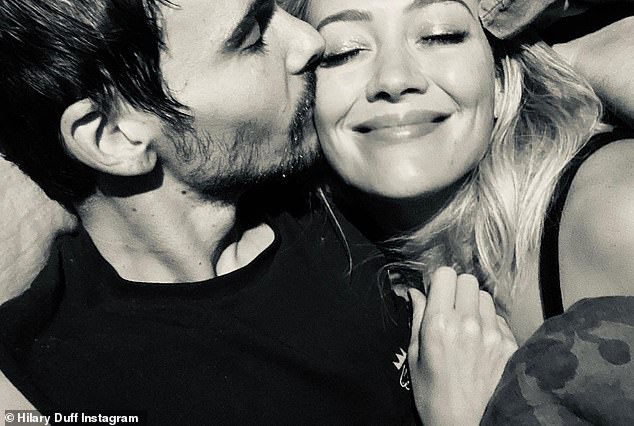 The former Lizzie McGuire star wrote in her caption: ‘Matthew. I love you so. Happy 3 years!’

She continued, “I don’t know if you knew what you were getting into or if you weren’t going to sleep or sit for the next 5-10 years, but I think for the most part you’re pretty happy with it. . .

“Our lives are so full and I’m extremely grateful to the guy I had to do all this madness with,” she wrote.

The couple dated for almost three years before getting married in an intimate ceremony in the backyard of their shared home. 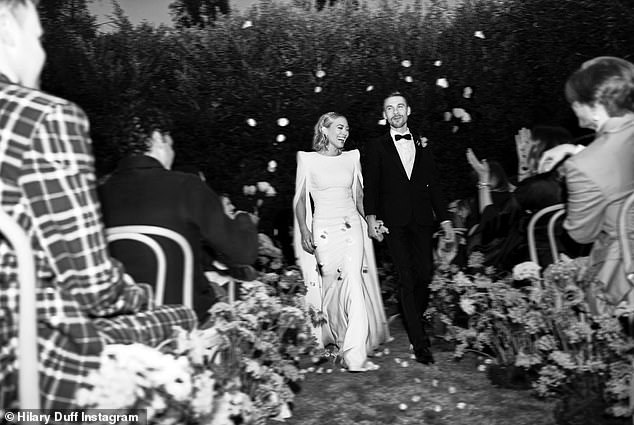 Throwback: The actress posted a series of throwback photos with a heartfelt caption to her singer-songwriter husband – Matthew Koma, 35