Alex Carey was magnificent, Cameron Green took another of his giant leaps to becoming a world-class all-rounder and Anrich Nortje was once again a lionheart for the overmatched South Africans, but the highlight of day three was was Nathan Lyon who started what I hope will become a long-standing tradition.

Australia are perfectly placed to finish the Proteas on day four and head to Sydney with the series already over after Carey and Green combined for their long partnership to snuff out any hopes for the tourists to salvage a draw.

But for those of you who don’t know, Lyon raises his bat to make 25 is the culmination of an idea I had long ago on the 2001 Ashes tour.

Unfortunately, he was taken down at the time by captain, Steve Waugh, unsurprisingly a hitter. Myself and the other members of the Fast Bowling Cartel on this trip – Glenn McGrath, Jason Gillespie and Brett Lee – put forward the idea that if a bowler took five wickets in one inning, he should lift the ball to the crowd like do hitters for 50s and hundreds.

It got the stamp of approval at the team meeting, we started doing it and it caught on and now you see bowlers all over the world performing the ritual when they take a five for.

I felt encouraged by getting the go-ahead, so at the next team meeting I suggested that if a tailender batting nine, 10, or 11 reached 25 he should be able to raise the bat, but he didn’t. didn’t get enough support from the guys. higher the order which immediately made him poop.

I met Lyon earlier in the summer and talked to him about it and he was enthusiastic but he barely had a bat until this game.

I called him again today and he didn’t let me down. He was a little worried at first, but then he unleashed a bigger raise.

The off-spinning GOAT is now also an honorary member of the FBC…they were very happy on the WhatsApp group.

Seeing the reactions on the faces of other commentators, mostly hitters like Ricky Ponting, Justin Langer, James Brayshaw and Simon Katich is priceless.

They tried to say that if a part-time bowler takes a wicket, he should be able to celebrate by lifting the ball. No chance. They should take at least three to get this honor.

Carey was well-deserved to lift his bat in front of the MCG crowd for his ton, joining an elite club of six other Australian wicket-keepers to achieve the feat.

It was also fitting that the only other keeper to do so at the G was Rod Marsh – who did so in the All-Occasions Centenary Test – following his death earlier this year. This Test was meant to honor the legacy of Shane Warne, but he was another Australian cricket giant.

After Nortje knocked down Travis Head and David Warner with two very fast balls in a row, I thought the Aussie innings could be over pretty quickly.

But Carey got similar deliveries soon after and hit them both with his face full of the bat halfway through and I remember thinking ‘well he looks so compact’. 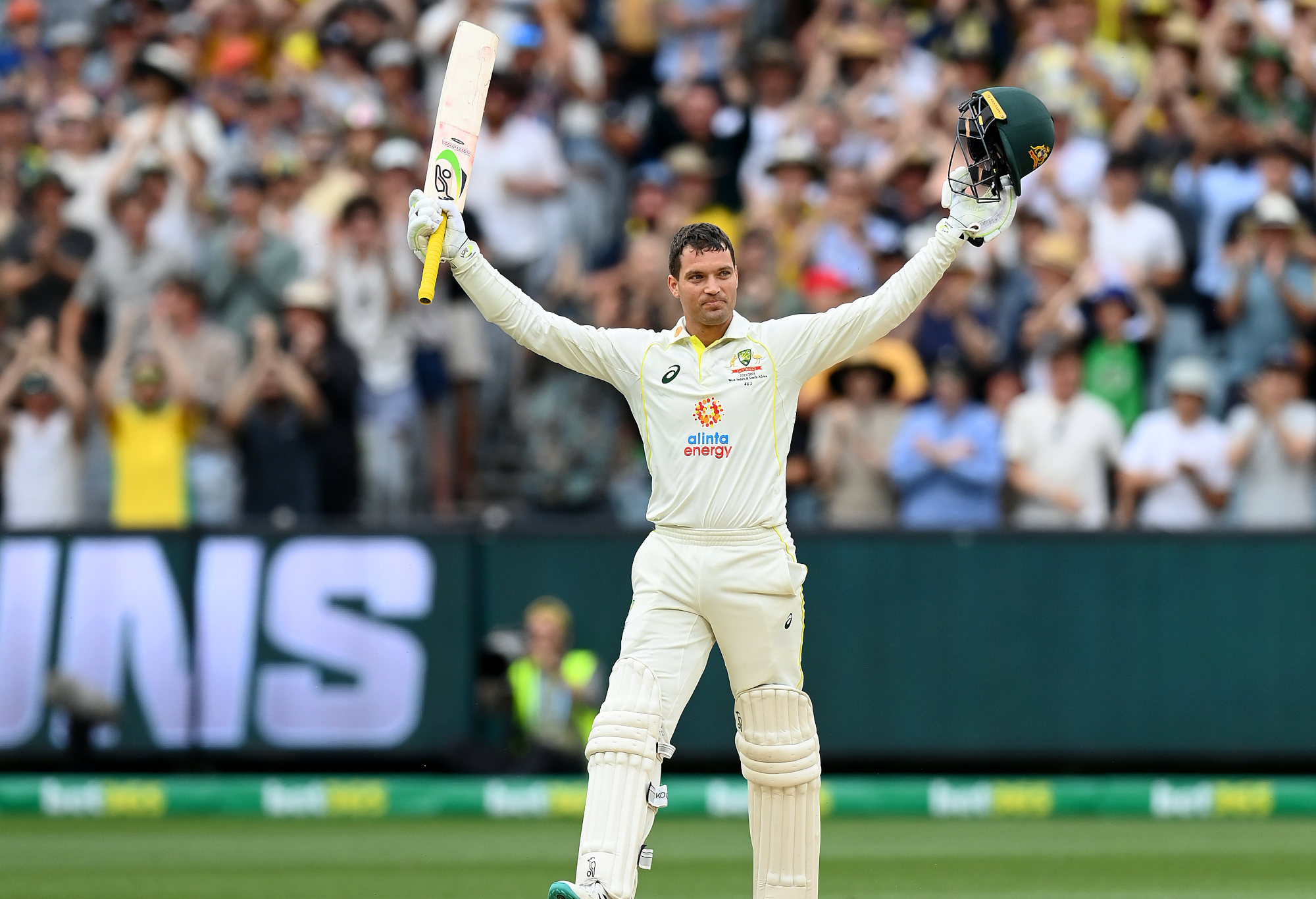 Throughout his innings he looked like he had plenty of time, much like Warner the day before. He’s a very attractive hitter to watch, his coverage drive is classic, squared the wicket on both sides, he’s strong and his reverse sweep to Keshav Maharaj doesn’t look dangerous at all.

It’s a huge plus for Australia to have Head, Green and Carey in the five, six, seven places. At the start of last summer, there were a few question marks, but these three made those spots their own.

I can see Green finishing higher up the order at No 4 and Carey could definitely do the job at six when Australia need to bowl an extra bowler. I thought Green might be bothered by having a broken finger on his lower hand, but he also played a significant shot in his undefeated 51.

Mitchell Starc is also playing with a dodgy finger, but even though he didn’t get a wicket, it’s promising to know he can get a few overs.

If the rain hadn’t cut short the third day, I thought we would have been in the middle order. The pitch is still good to hit but the ball is moving in the air and there should be good swing conditions on day four.

South Africa’s only real bright spot was Nortje, again. He charged and was still going to give 100%. He keeps his emotion in check but is good with the Dale Steyn-esque celebration with the chainsaw. He deserves it and for Warner to say it was the quickest spell he’s faced, and his steep rebound shows the quality of speed he’s become.

Kagiso Rabada and Lungi Ngidi haven’t been at their best but they have an attack that should get 20 wickets in most Tests around the world. As for their hitter, all I can say is that they have the opportunity to prove their test level against a depleted but still difficult Australian attack. 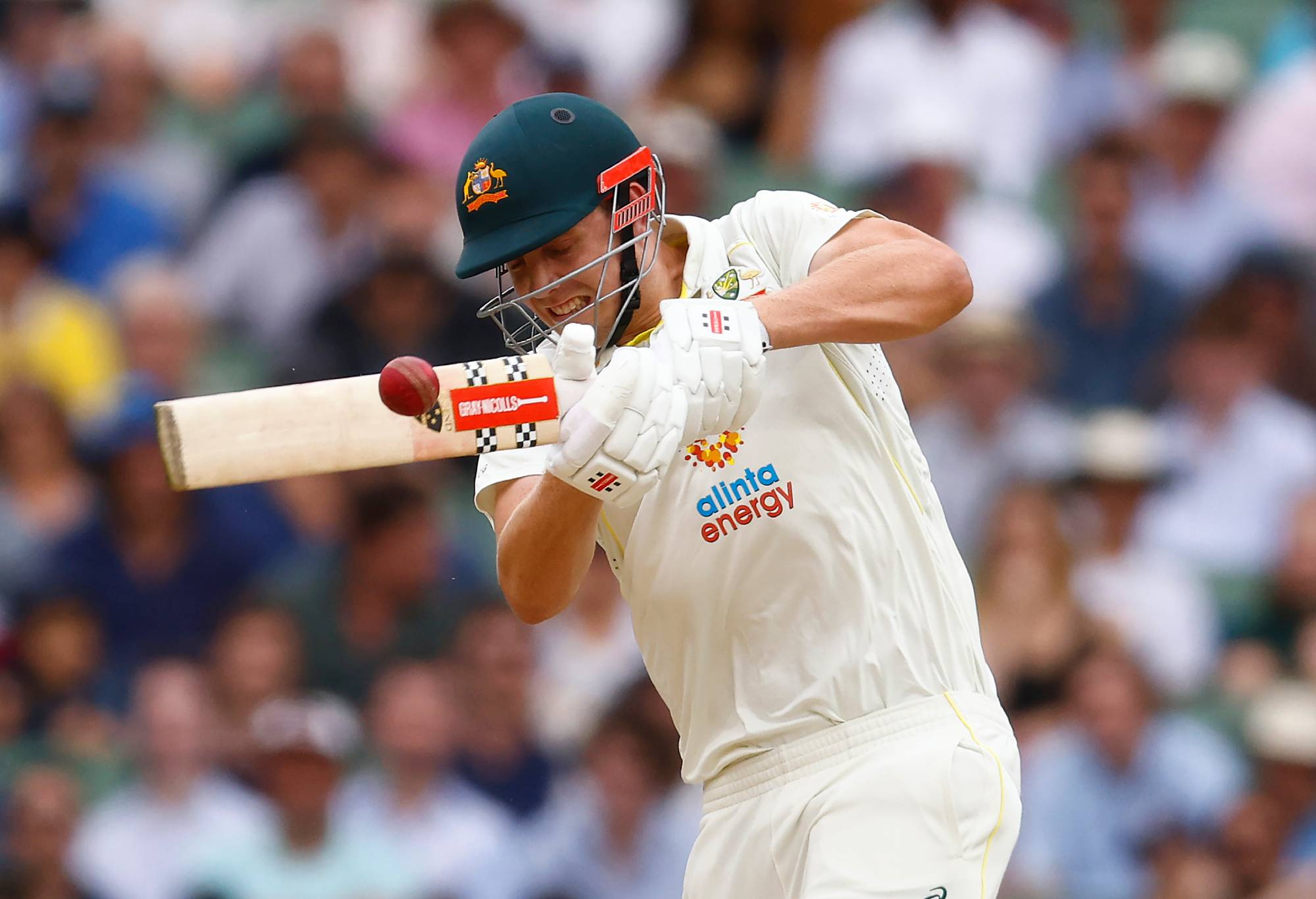 The challenge is to show that they have a future at this level.

Australia coaches have some issues to work out for the SCG test with Starc and Green resting their finger injuries.

If the pitch doesn’t look to be turning, I’d bring in WA young all-rounder Aaron Hardie for Green. He is the closest replacement in the country. Will Sutherland is a player of the future, but he’s more of an all-around bowler, even though he has a ton at first-class level.

But if it looks like it’s going to spin, I’d go with Ashton Agar as the second spinner. As a left-arm spinner, Agar is most likely to perform in India, where orthodox tweakers like Ravindra Jadeja tend to do better than wrist spinners.

Josh Hazlewood is the natural candidate, but if his growl isn’t quite right or if Scott Boland needs a rest, I’d be happy to see “The Wild Thing” Lance Morris pitch in.

Mavericks’ Doncic has a fun take on the NBA schedule