Australia are nine wickets away from a first series win against South Africa since 2006 after Alex Carey and Cameron Green dominated on a rainy day at the MCG.

Carey became the first Australian wicketkeeper since Brad Haddin nine years ago to score a Test century, hitting 13 fours in an imposing 111 compiled at a brisk pace; while Green defied a fractured finger that already ruled him out of the Third Test in Sydney to post a gritty 51 before Pat Cummins’ statement.

Finishing at 8/575, a 386 first-inning lead, Cummins then pulled out Proteas captain Dean Elgar for a duck – strangled in the side of the leg for the second time in this series – before the rain ended prematurely. in the game of the day.

With play resuming at 10am on Thursday to make up for lost time, two full days to eliminate the Proteas and with Mitchell Starc ruling out his own finger injury to take the new ball, things could hardly be rosier for Australia in this moment. .

Carey, whose century adds another chapter to his remarkable rise to cricket’s elite, having dreamed of an AFL career growing up, has paid tribute to former GWS manager Kevin Sheedy for this milestone important.

Sheedy made the stark decision to cut Carey, the Giants’ best and fairest winner and captain during their TAC Cup stint before they officially entered the AFL in 2012; which the glover credits with launching his cricketing career.

“I probably have Kevin Sheedy to thank for the fact that it was a 100 test rather than a race with GWS,” Carey smiled after the game.

“He pointed me towards cricket – so yeah, it was a really special day.

“I think it’s one of those things you dream of, to be able to potentially do that and play for Australia. You work hard every day to give your best.

“I guess I never gave up hope of playing sport at the highest level and to keep trying to pursue that goal and that dream.

“Proud so far, but hopefully a bit more to come in my career.”

After dominating for the duration of the Test, Australia’s stranglehold only briefly slipped on the morning of Day 3, when lionhearted Anrich Nortje disturbed stumps Travis Head (51) and then returning David Warner (200) with successive deliveries.

After working hard throughout the second day of play for just one wicket, it was a well-deserved pair of scalps for pacesetter Proteas Express, whose efforts throughout this test endeared him to the crowd. Australian audiences in the vein of England’s fast-paced Mark Wood last summer.

When Cummins left Kagiso Rabada behind for 4 – the edge so light that only the slightest whisper about Snicko when reviewing the Proteas spelled the end – to leave the Australians 6/400, tourists found hope to limit the deficit to less than 250.

With the MCG ground still largely benign, however, a whirlwind 25 from Nathan Lyon restored Aussie dominance, clubbing three fours and a six before being caught by Lungi Ngidi attempting a big shot too many, before Carey and Green settle down to demoralize South Africa again.

Clearly troubled by his broken finger – at one point 20 balls without a run – Green was far from his usual best, but with Carey ticking the score at the other end with a series of cuts, punches and kicks. reverse sweeps, the all-rounder could afford to dig in and bide his time.

After cruising to ’98, a nervous surge to the top that he had the chance to play and missed was the only sign of nervousness for Carey; a drive through the covers with the following ball prompted a deserved first ton of testing, the first for an Australian glovemaker since Brad Haddin against England in Adelaide in the 2013/14 Ashes. 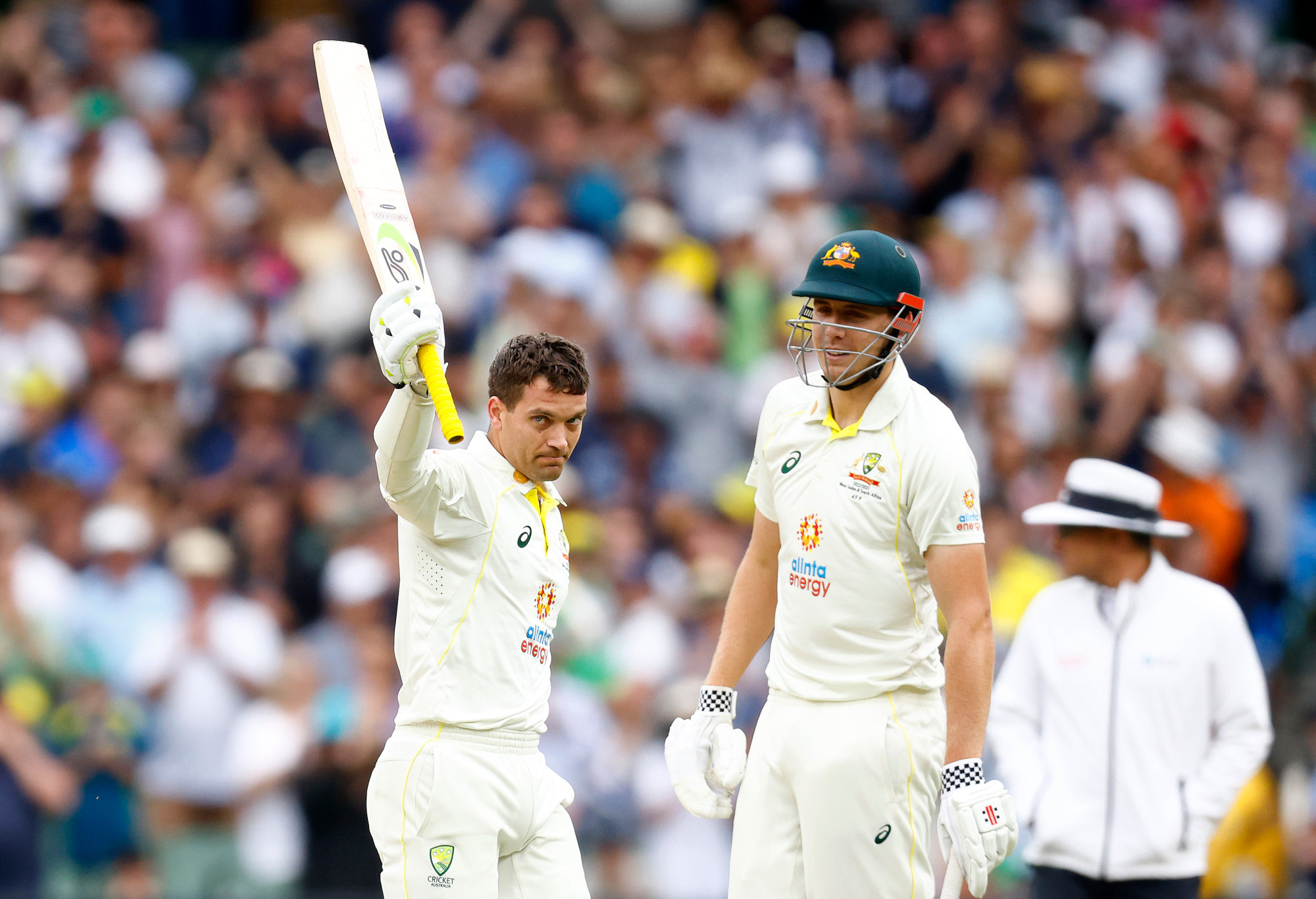 Raising his arms in triumph as he completed runs and eager to hug Carey once the ball was dead, Green was as thrilled as the South Australian himself to have made the leap.

“We ebb and flow really well sometimes,” Carey said of his partnership with Green, with the pair having combined for 511 runs at 51 per partnership when they were at the wicket together in Testing.

“Today it was probably up to me to score a bit, [and] more on him to cross and he did it amazingly.

“I don’t quite know how to explain it. I think with some guys you just have this calmness and confidence.

“It’s been fun so far, and hopefully a few more big partnerships and no doubt he’ll get his ton.”

Starc came next for a quick swing, frustrating the MCG crowd – ‘We want Scott Boland’ sign a common sight in tribute to the Victorian cult hero – but the sight of the quick cut gave the helmet a nasty hit from a bullet short Jansen, along with the rapidly fading light, prompted Cummins to finally call his troops.

With 20 minutes to prepare during the tea break, Elgar would no doubt have hoped for the kind of tough, back-to-the-wall runs he made his name on during his 81 Test career.

Instead, he lasted just three balls before dropping in depressingly familiar fashion: a short push from Cummins over the parried wicket by the southpaw, a tickle of the glove down the happily pocketed leg a few millimeters from the grass by Carey.

With 31 runs in four innings this series, including two side leg chokes and a run out, Elgar’s tour down was a nightmare from which there was no waking, perfectly encapsulating the scorching weather Proteas with the bat.

Digging into Starc, whose bloody finger didn’t stop him from finding a menacing swing, and three consecutive youngsters from Cummins, Sarel Erwee and Theunis de Bruyn dug in to avoid further losses before a squall of rain set end to the procedure one hour and a half before the scheduled end of the game, with the Proteas 1/15.

Things could have been even worse had Warner not dropped Cummins to spare de Bruyn.

Nonetheless, still leading with 371 runs, and with the pitch starting to show signs of wear, Australia will be confident of rolling the beleaguered Proteas again on Day 4.

Help shape the future of The Roar – take our quick survey for your chance to WIN!