Union Clothing in central Newcastle has grown a lot since its early days in youth fashion in the 1980s. Now celebrating 35 years in business, it has adapted and thrived while other local fashion stores were closing their doors, with expert knowledge of menswear and denim driving the operation.

Opened in September 1987, the store initially catered primarily to teenage customers, but today features a well-targeted offering of high-end denim, traditional workwear and skate-inspired streetwear, as well as shoes and accessories. complementary accessories.

On the ground floor of the store, the large table covered in stacks of folded jeans makes a strong statement of expertise in denim clothing, with labels such as Japanese brand Edwin and historic American name Carhartt. In the small basement, the offer is slightly younger with American streetwear brand Obey and American workwear brand Dickies dominating.

Founders Geoff Brownless and Doug Ellison – both in neat jeanswear lover uniforms – are friends who married sisters, Ilene and Glenda, and all four work in what is a true family business. The core team is supported by one full-time staff member and one part-time employee on Saturdays.

“Geoff and I have always shared shopping and everything. We’re not very attached to titles or job descriptions,” Ellison says. “Union’s goal is to provide excellent service to our customers. We are denim specialists with expert knowledge to share. We advise our customers on the jeans that fit them best and make sure they leave with the right fit in the right size.

“There is a slight fashion element to what we do, but a lot of what we sell are classics. Our brands are not disposable fashion. We’re a destination for men who understand denim. 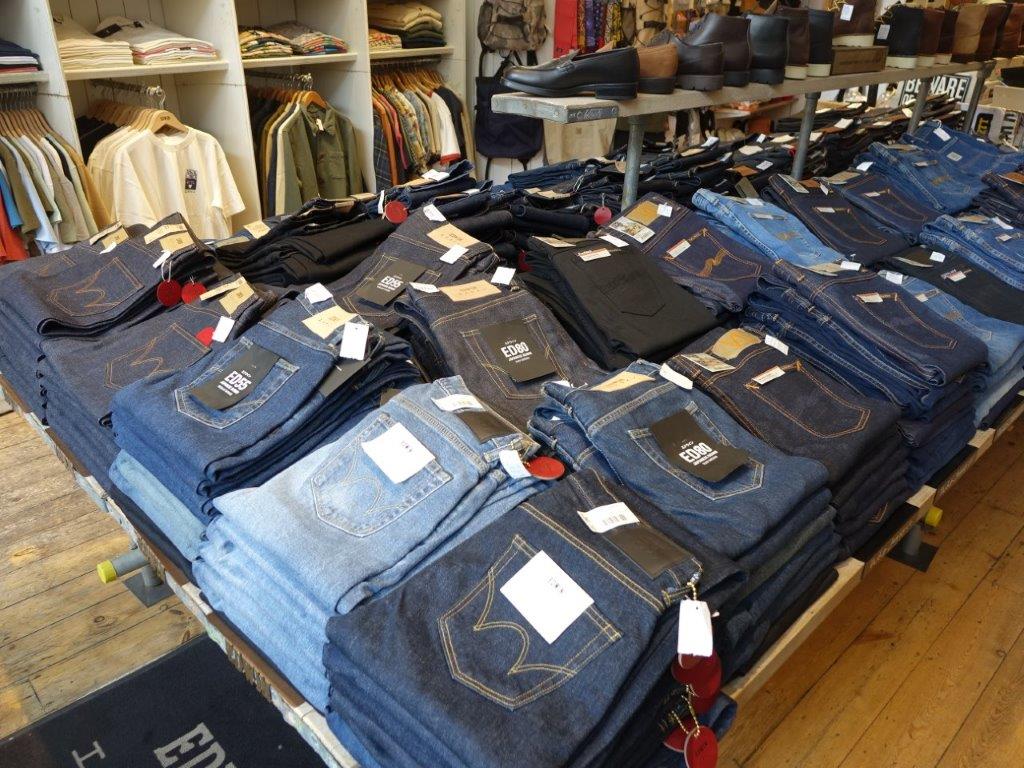 The Union founders and their wives met in the 1980s, when they all worked for a northeast fashion manufacturer called Sgt Pepper, which had a small chain of stores selling its own locally made products.

Brownless was a designer and Ellison – who had retail experience with Holland & Barrett and the Sheffield-based Western Jean Company – was a regional manager when they decided to leave Sgt Pepper and embark on a new venture .

The original idea was to design, locally manufacture and sell inexpensive own-label women’s clothing as Hot Clothing through their first small store on High Bridge – the business still operates from a unit in the same street today.

“It was the fashion of young teenagers: t-shirts, sweatshirts, dresses, jeans, jumpsuits,” says Brownless. “At the time, there were lots of factories in the northeast where you could get things made to good standards. One of our best suppliers was a former Levi’s factory in North Shields.

Within a few years, the pair had introduced menswear and were beginning to sell brands rather than own-brand lines, as foreign jeans brands became attractive and local factories closed. Hot Clothing was rebranded as Union Clothing, inspired by American heritage brands like Lee with “Union Made” stitched onto their labels to indicate they were made in factories that recognize workers’ rights. 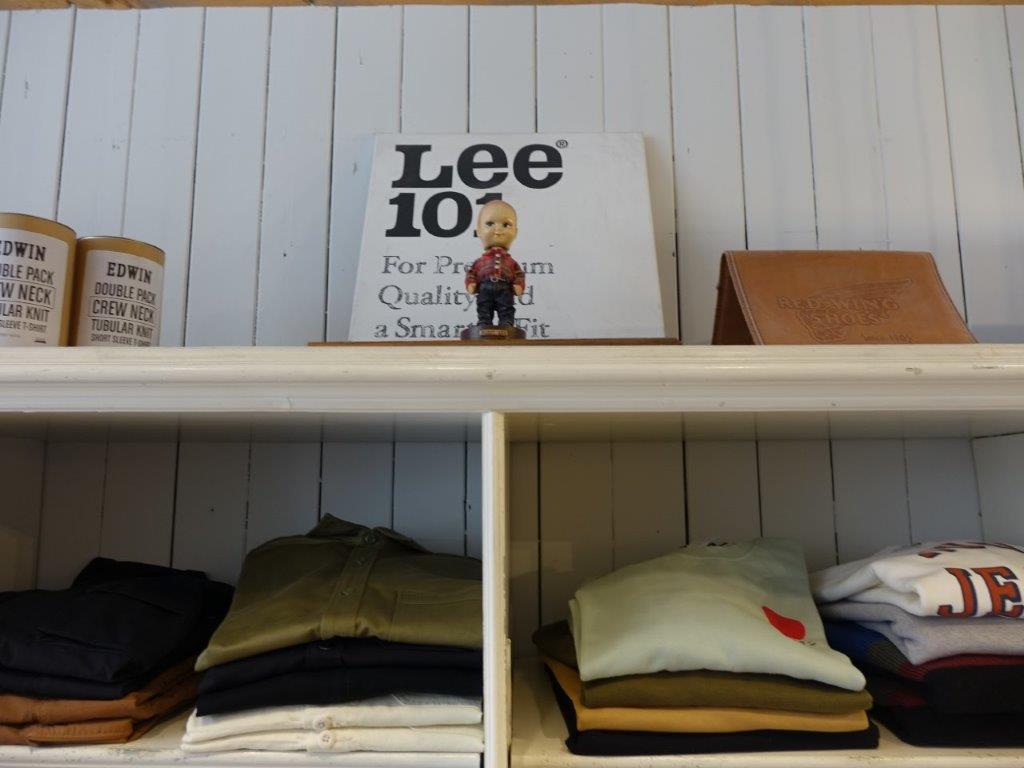 The closure of local factories is just one of many changes the partners have seen in three and a half decades of trading. In total, they traded from six different units on High Bridge. Between 2005 and 2010 they operated four stores at the same time – three small stores across the street and a larger one on the corner of Gray Street.

Various names were above the doors over the years, including Sussed, Union Girl and Chevron, as the product line changed and stores were eventually closed due to changing customer demand and changing needs. fashion trends.

“The market is completely different from 30 years ago,” says Ellison. “Rents are now too high for most freelancers to survive. Overcommitting usually kills a fashion retailer. Our biggest problems have always come from banks or landlords. We have always kept things stable. We made a good living, yes, but we kept things realistic.

The boom years – and the basis of today’s business – were the 1990s when, as Brownless recalls, “French denim brands ruled the world”. Seasonal shopping trips to the Sehm menswear show in Paris allowed the duo to choose desirable brands such as Liberto, Aviatic, Chevignon, Chipie and Verte Vallée. Later, brand fever spread to Italian women such as Miss Sixty, Diesel and Fornarina, all of whom had periods of success for the pair.

As Brownless explains, “We had it great before online sales and athleisure – aka lazy fashion – existed. And people wore other shoes than sneakers! In this memorable decade [the 1990s] High Bridge was the location of about 10 fashion boutiques. Today, Union Clothing is almost the “last man standing” on High Bridge. Ironically, its only fashion neighbor is a vintage boutique. Just minutes away, another Newcastle independent, Leaf Clothing, which Drapers introduced in March, continues to thrive. 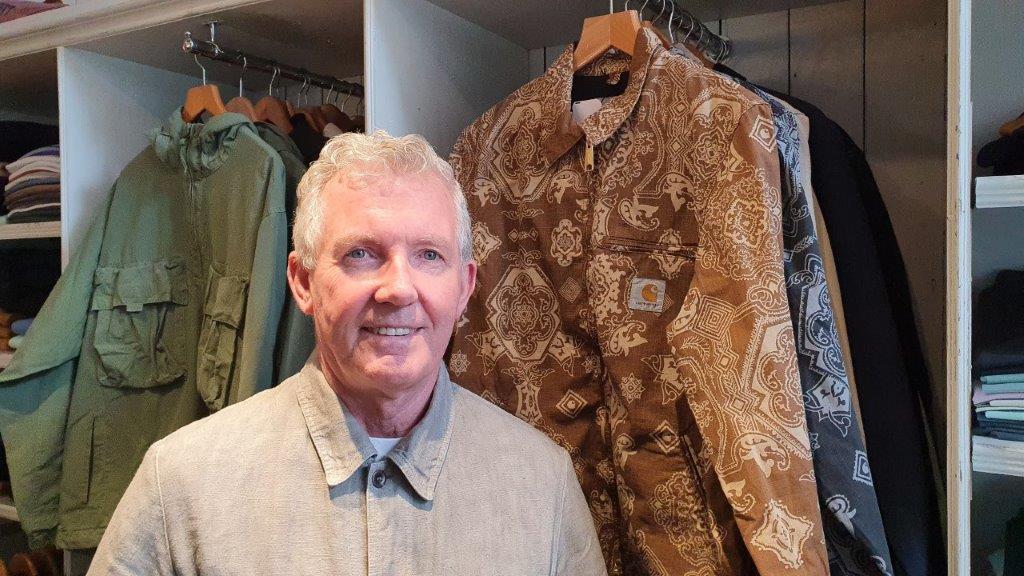 The partners’ personal interest in denim has become a specialty that defines Union today. In recent years, they have come to rely on Japanese denim specialist Edwin and historic American name Carhartt – which have the same European licensee – as their main brands. Meanwhile, the desire to offer something unique is reflected in lesser-known names, such as British denimwear label Hawksmill Denim Co, Dutch denim company Benzak and authentic French denimwear label work The Ploughman.

Since 2010, Union has had a transactional website. Sales through the current Shopify site total around 40% of Union’s undisclosed revenue, but given their obsession with personal service, Ellison and Brownless aren’t big fans of the digital revolution.

“We pay a little for pay-per-click, but we don’t spend on SEO,” Ellison admits. “We do our own photography in a small area of ​​our basement warehouse and have around 1,500 options on site, but we tend to favor Edwin and Carhartt as they provide us with backup stock.” 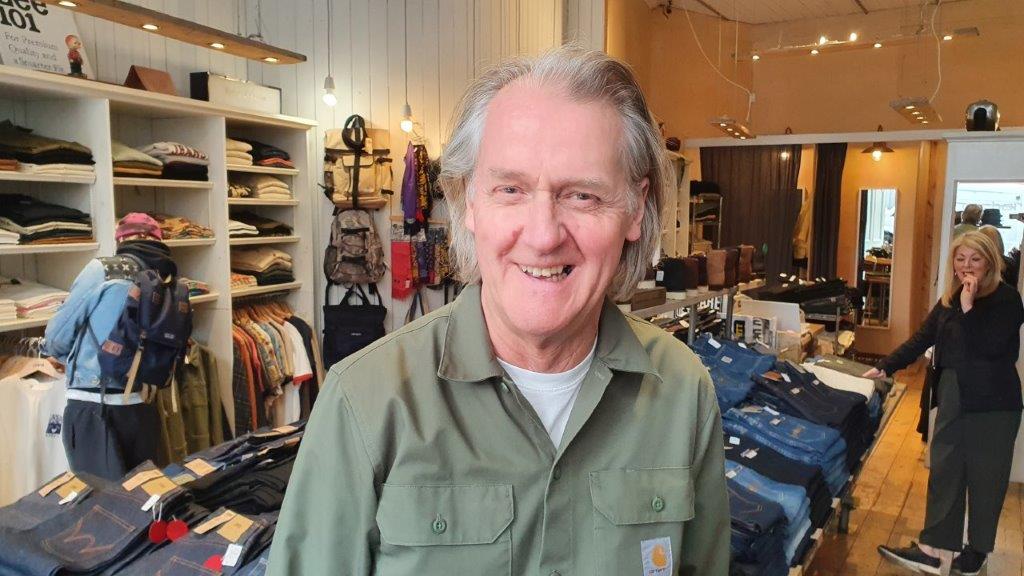 Geoff Brownless of Union Clothing and his wife Ilene

Another barrier to a seamless e-commerce experience is the lack of an Epos system,” admits Brownless: “We’re still old school and do everything manually. We considered going IT, but were never convinced that it would bring significant benefits to the way we do things.

However, their way of doing things obviously appeals to their target clientele, which is mostly between the ages of 25 and 35. It’s not unusual, however, that the original male customers of the late 1980s continue to shop at Union along with their sons and even grandsons.

As for the future, Ellison turned 68 in March and Brownless will turn 70 in July. They anticipate that Union Clothing will eventually be in someone else’s hands, but anyone who takes on this excellent niche business will need passion for the products and services as much as the necessary funding, to continue serving the future generations of buyers.

Marcus Price, the owner of the first innovative and quality menswear store in Newcastle. Unfortunately, Marcus is no longer with us.

Staff (excluding owners and wives of owners): One full-time, one part-time

How to Prepare for an Adventurous Hike